Mick Stephenson, who also drummed with the band, remembers The Who lead singer Roger Daltrey telling them how good he thought they were. "Keith Moon's 16 drums put my four to shame. He told me the more he had, the more chance he had of hitting them. It was a brilliant gig, all credit to Ron [Gillet] who got us in there."

Brian Cooke, best known for his 1970s album sleeve art and photography, mostly for the legendary Island Records label, took over from Ron Gillet, usually dubbed "Scarborough's oldest teenager" as The Mandrakes' manager.
"I remember them playing in Leeds with The Who," he says, "but I don't have any shots of the Bridlington gig. I missed it as I worked away in Skegness. It wasn't until I returned that Christmas that I started as ‘roadie' but soon took over as manager in 1967."
Brian's brother, Mick, was The Mandrakes' drummer. "I believe that the Mandrakes might have actually supported The Who twice in '66 - memory's not as good as it used to be but I do remember using one half of John Entwhistle's 2 x Marshall 100 watt stacks and blowing the amp top.
"He was not amused and had to play with a mere 100 watts instead of 200. This was at the time of the release of My Generation and Roger Daltrey was telling us that Pete wrote the lyric on a train and it was originally supposed to be tongue in cheek!" 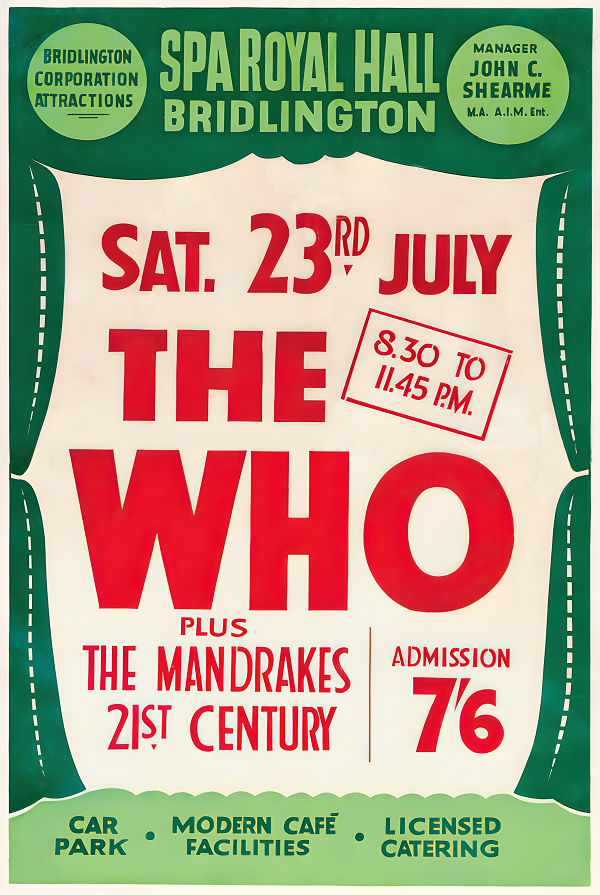