Twenty-five years ago the rock star found Japan impenetrable. Twenty-four visits later the etiquette and send of dignity keep him coming back.

When I first went to Japan, nearly 25 years ago, one of the first words I learnt was gaijin, the Japanese for foreigner. And this definition was true in a way that it had never been before. Until then I had never traveled to a place where I felt such a sense of being an alien, a "foreigner". All my natural behaviour seemed to break taboos. I was promoting an album at the time but was hardly living the life of an outrageous rock star. In fact, I thought I was being as polite as I was able but still my careful manner somehow upset people.

At this time there were very few tourists in Tokyo - Japan was still rather insular. I had the novel experience of being followed by wide-eyed children in identikit (?) school clothing who wanted to touch my hair. I say novel experience because although I was used to being recognised as a celebrity this was different, this was fascination rather than the hysteria and hounding that goes with being a rock star. And I was as fascinated by them as they were by me. Since my first trip to Japan I have been back 24 times and with each visit the place has revealed itself a little more. But on that first visit the culture was mysterious and impenetrable and I had almost no intercourse with the people at all.

I had never experienced such a strictly adhered-to set of social conventions, plus the work ethic in Tokyo was mind-blowing. but more than anything it amazed me, and still does, that the super-contemporary can co-exist with such ancient tradition; skyscrapers and hi-tech electronic gadgetry alongside Buddhist ceremony and geisha girls.

The northern prefecture of Fukuoka was one of the most extreme examples of the old and the new in juxtaposition. I stayed in a futuristic hotel, a pink ziggurat on rubber rollers (to absorb the shock in an earthquake). When I asked a receptionist for directions she indicated a muddle of back roads that took me all over the place. I ignored her advice and followed what seemed the more direct route. Two minutes' walk away I stumbled into the middle ages: the road was lined with steaming tea stands, ramshackle dwellings and geisha houses. The receptionist had not wanted me to see that her neighbours were not as determinedly modern as she. 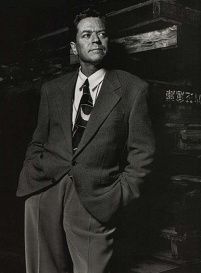 It was only on my fourth trip to Tokyo that I got beyond social graces and hard working exteriors. I went to a place that Tokyo residents call "the box" - basically a room in which a group of friends or colleagues can shut themselves away to party like mad. I arrive at about 9pm to be greeted by one of the maddest scenes I have ever seen - people falling over drunk, going completely crazy and losing any social veneer in a haze of alcohol. The party carried on at the same pace until 4 am.

The next day, back in a working environment, I approached various people with: "Hey, that was a wild party," and received absolute blanks. It really was not the done thing to repeat the previous night's indiscretions. What happened inside "the box" stayed inside "the box".

Overall I would say that it is the strong sense of tradition and etiquette that takes me back to Japan. The reaction I got during my first trip there made me feel like a visiting dignitary. And although westerners in Japan are not such a novelty today (the world has got smaller as international travel had increased), it is this projected sense of dignity that I've enjoyed living up to ever since.

I spent New Year there this year with my family and 2,000 others as a Buddhist ceremony. The atmosphere was wonderful; bells chimed and there was such a peaceful sense of ceremony. At midnight thousands of clear balloons were released into the night sky. It was like bathing in the bubbles of a giant champagne glass.